Date of stay
Find us

Mini Golf Not only for children 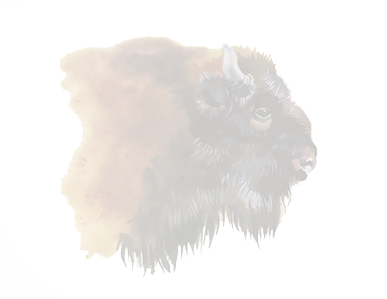 A few words about mini golf ...

Mini golf - (or Mini Golf) sport practiced on special tracks to play, otherwise known as stands or modules, which consists in hammering a small golf ball into the pit, using the golf club with a putter. The player's goal is to throw the ball in the smallest number strokes into the hole.

Minigolf was created in America, exactly in the United States in 1927, created by Garnet Carter from Tennessee. In the next decade, over 30,000 mini golf facilities were built in the United States. Such a dynamic development of the game resulted in the inflow of miniature golf to Europe, where he also quickly found his supporters. In 1955, the first ever international competition was held with the participation of Sweden and Denmark, and the European Championship in 1963 in Dortmund. Polish miniature golf derives its roots from our western neighbors.

The game takes place on tracks of various lengths. The mini golf course consists of 18 positions that must be defeated in a particular order (they are numbered). During the competition, the positions are overcome several times. Each player plays in the position until the ball is in the hole. He has six strokes to punch the ball. If after these hits the ball is not yet in the hole, the player receives an additional penalty point and proceeds to the next position.

On the golf course, classic golf clubs are used, and basically the last stick that is used in the game of classic golf to hit the ball on green grass to the hole. It is a so-called stick Putter with a flat end. In mini golf there are no rules or rules for clubs. They can even be your own design. On average, their length ranges from 60 to 80 cm, and the weight from 500 to 800 g. The game is used standard golf balls - with a diameter of 37 - 43 mm. You can play a different ball on each path.

Mini golf is also a sport for the youngest.

You can play mini golf basically at any age. The condition is to understand the rules of the game and to follow them. In mini-golf there is no rigid golf etiquette, you can wear jeans and a t-shirt, but the culture applies to other players. It is prohibited in any form of disturbing another player in returning a good hit.

The mini golf game allows you to practice patience and precise strokes that are necessary when playing golf.

See on the map
Newsletter

In order to provide services at the highest level, the Website uses cookies saved in the browser's memory . Detailed information on the purpose of their use and the possibility to change cookie settings can be found in the Privacy Policy.
By clicking ACCEPT ALL, you agree to the use of technologies such as cookies and to the processing of your personal data collected on the Internet, such as IP addresses and cookie IDs, for marketing purposes(including automatically matching ads to your interests and measuring their performance) by "IWA" Sp. z o.o., Pałacowa 6, 17-230, Białowieża . You can change cookie settings in the settings.